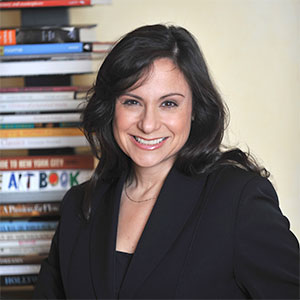 Creator and Founder, “Be the Difference – Never Again”

Ms. Bettina Nicolosi is the creator and founder of “Be the Difference – Never Again” an international program focusing on learning about individuals who helped others, inspiring people to take action in their lives to make a difference.

She works with a variety of organizations to implement that philosophy, including corporations, philanthropic groups and schools. She directed and implemented fundraising projects, awareness campaigns, and action programs for various organizations, including the Intrepid Fallen Heroes Fund, PBS Stories of Service, the FDNY Foundation and various universities around the world.

It Happened in Italy: Untold Stories of How the People of Italy Defied the Horrors of the Holocaust, a work that brings to light the little known history of how Jews were saved in Italy during the Holocaust. The book inspired the making of a documentary, My Italian Secret: The Forgotten Heroes. She was instrumental in raising over $1.5 million for producing the documentary.

As a public speaker, Ms. Bettina Nicolosi has been invited to lecture around the world at various colleges, universities, and organizations, including the Robert F. Kennedy Center for Human Rights and the American Consulate in Florence on her book, documentary, and the “Be the Difference – Never Again” program.

Today, Ms. Bettina Nicolosi continues to advocate for Jewish/Catholic relations and for Holocaust education. She also advocates for U.S. military and veterans groups, especially for soldiers with seen and unseen wounds. She has coordinated these efforts in recent years with the American Embassy to the Holy See in Rome, with Vatican officials, and leaders of Rome’s Jewish community in order to organize visits with Popes Benedict XVI and Francis for Holocaust survivors, rescuers, and good Samaritans.

Ms.Bettina Nicolosi studied and worked in Florence, Italy and Paris, France, speaks Italian and French, and is proud of her Italian Heritage. She is a graduate of Smith College with a dual degree in Economics and Italian Language and Literature.